I always get so frustrated when I try to buy accessories for my little ones.  There is this huge selection for girls, just name it and they have it!  And then in the boys department there are like a few belts, caps and band-aids maybe, at least that was the selection last time I went to H&M.

So armed with Pinterest and a sewing machine I knew I just had to make him a cool messenger bag.  I bought some fabric with pictures of cars on it, but he didn't like it and insisted on a Lightning McQueen bag.  My local fabric store didn't have that kind of fabric but they did have some iron-on patches so I got that and some red and blue fabric.  I used this tutorial for the bag but I cheated and bought a ready made strap. 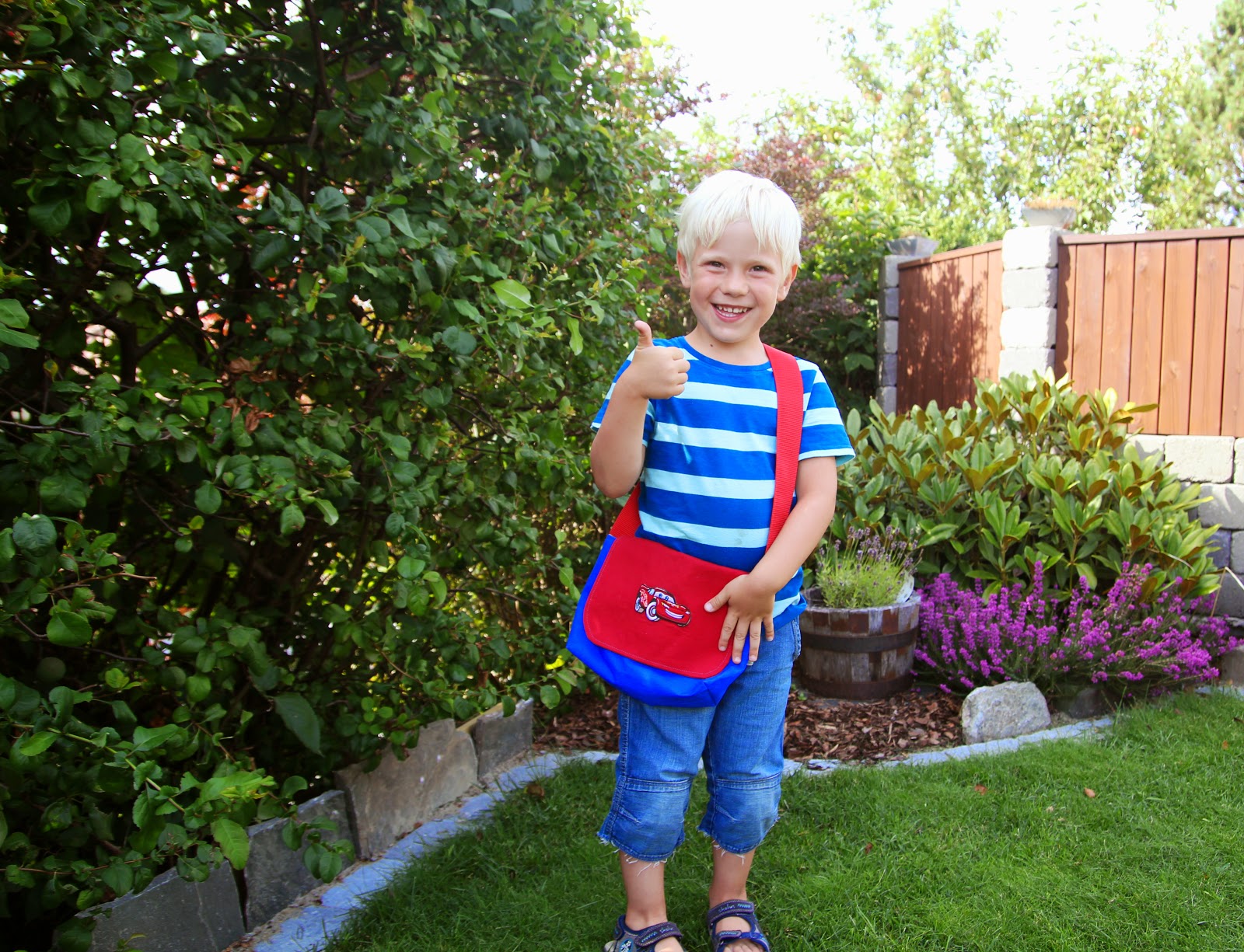 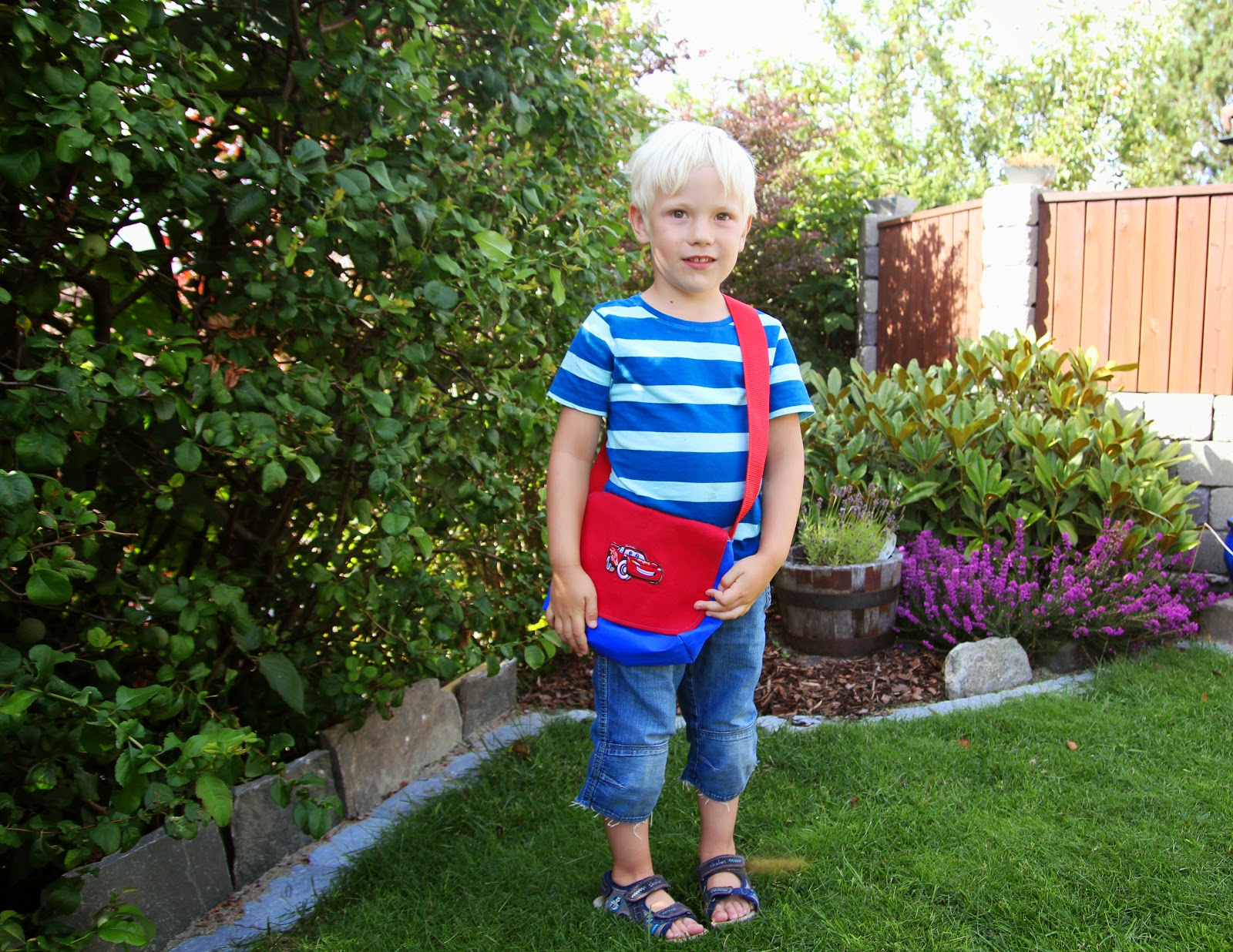 The tutorial was really easy to follow and everything was spot on! 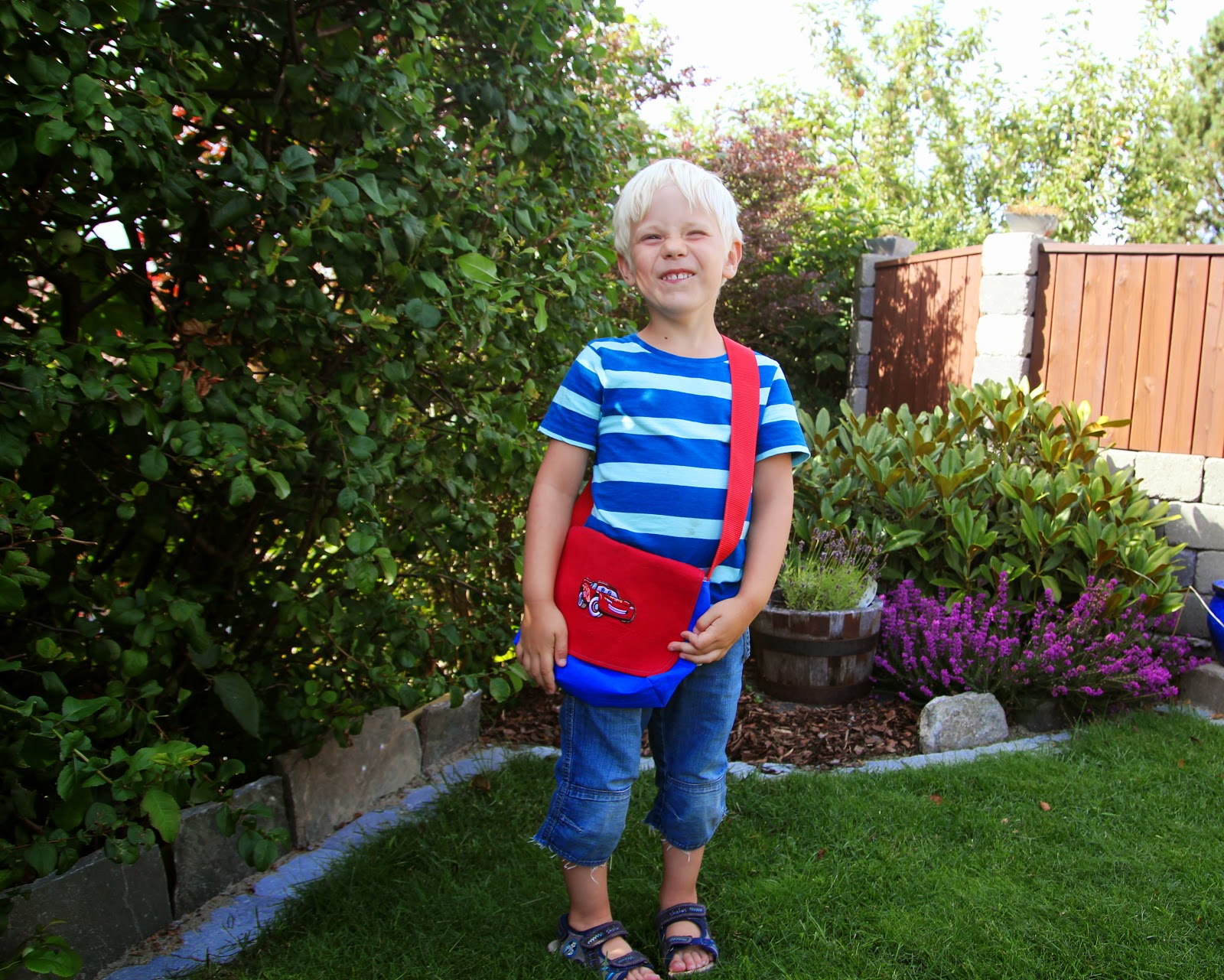 He cut his hair himself a couple of weeks ago and tried to blame it on his sister, but when she refused he said a monster came into our house and did it :)  It really shows in these photos. 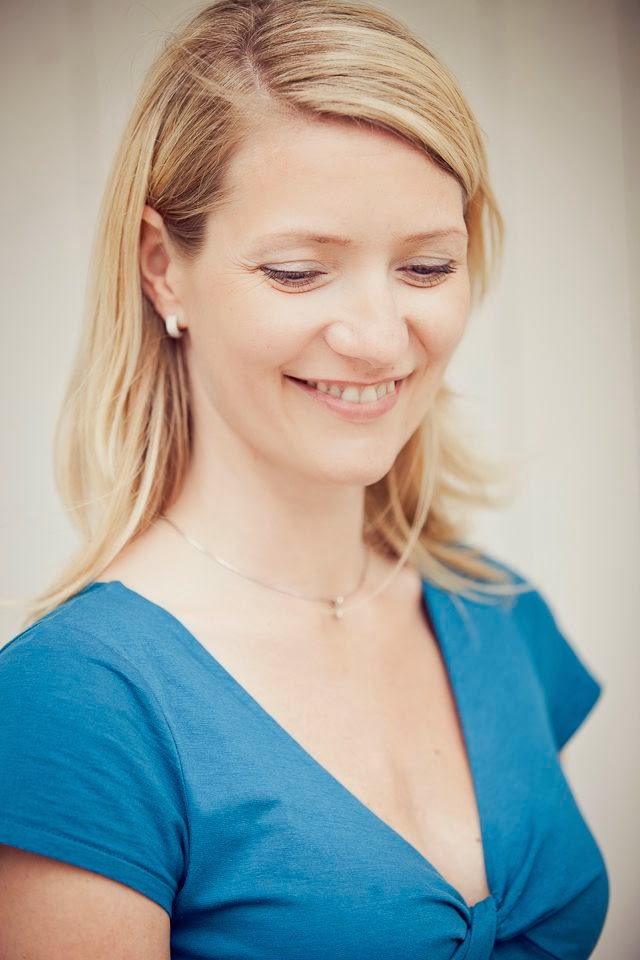 I'm a mom to four fantastic kids, three boys and a girl. To teenagers and to toddlers so never a dull moment in our household :) We are from Iceland but have been living in Norway since 2001. I have a newfound passion for sewing. My hubby travels a lot for work and I needed something to do at night when the little ones are a sleep because suddenly my teenage boys would rather hang with their friends or play on their pc's than be with me - why is beyond my imagination :) Thanks to Pinterest I found some amazing sewing bloggers, whom I've been stalking, and realized that I could dig out my sewing machine and start sewing. Now it's all I think about. I've been hoarding pdf patterns and learning from all the amazing tutorials that are out there. I've decided to try out this blogging thing as well to document my sewing journey. We'll see how it goes!
Thanks for stopping by, I would love it if you would leave me a comment!
XOXO
Dagbjört 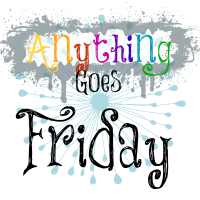